The H2O tour has wrapped up its summer run, and Lokahi is proud to have partnered with the Water = Hope campaign to build lots of support for clean water issues amongst country fans!

Our final two weeks on the tour were a bit of a whirlwind, with stops in San Francisco, San Diego, Phoenix, Albuquerque, Boise, Salt Lake City and Denver. Along the way, as always, we were joined by some amazing volunteers! 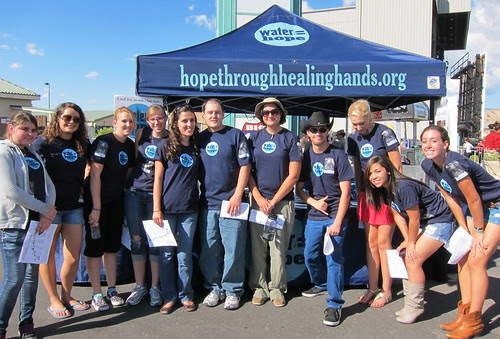 San Francisco and San Diego brought out lots of veteran volunteers, many of whom worked with us on tours with the ONE Campaign in years past – it was great to see familiar faces like Rochelle, Mary and Christine – all of whom were among the first ONE volunteers we ever worked with! It was a lot of fun to get to talk to so many fans while in California. From there, we moved on to Phoenix, where we were amazed to learn it can be over 100 degrees in September, go figure! We were joined by a massive crew of volunteers, including some veterans from our work on the Warped Tour and with Dave Matthews, and lots of new volunteers from local high schools and colleges as well. Albuquerque proved to be one of the best nights on the entire tour; we were joined by an AWESOME team of volunteers: college students and high school students and community members who all are passionate about clean water issues. We had one of our best nights of the entire tour in Albuquerque, a direct result of our awesome volunteer team! We also met author Sandra Postel who has written extensively about clean water issues; she was in the crowd and saw our PSA show on stage before the show, and came out to find us! You can learn more about her here. 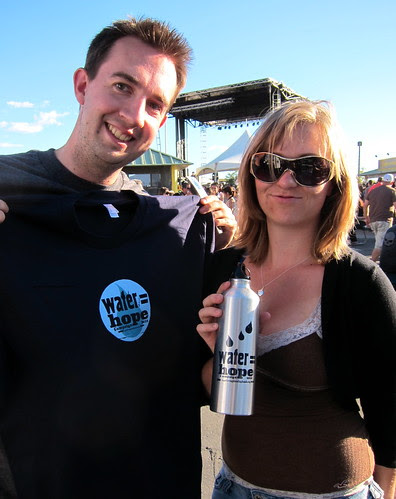 As we headed out for out the very final weekend of the tour, we made our first stop in Boise, Idaho. After an eventful first couple of hours (including trying to track down our missing tour bus!!), we met our awesome volunteer crew for the night. The venue that we were at was on the Boise State campus, so we weren’t surprised that we had many dedicated BSU do-gooders! We had Katelyn and Daniel, freshman year roommates who actually went to their dorm and signed-up their whole floor, as Tara with her friend, as well as a couple other students. We also had a mother with her three daughters who were huge Brad Paisley fans and did awesome throughout the night!! All in all it was a great first night back, thanks to all the cool people and Water = Hope supporters that Boise had to offer.

After a three AM bus visit from Easton Corbin and his crew due to their bus breaking down, we landed in Salt Lake City and met our one man volunteer crew for the night. Josh, who had just moved to SLC recently to pursue his love of skiing, worked by himself and helped get the majority of our sign-ups for the night. He is really dedicated to volunteer work, and expressed over and over how much he really liked Water = Hope’s vision and goals. It was great working with him and we are so thankful to him for helping us out in Utah!

Next we were off to Denver, Colorado, a bit unhappily because it would be Water = Hope’s last night working with the tour. We weren’t ready for it to end! However we couldn’t have ended the whole journey with a better crew, twelve dedicated and hardworking individuals who agreed that we should end it all with a bang! We had a group of four people that came individually and throughout the night bonded over the Water = Hope work, and they ended up leaving as friends after watching the show together. Then we had our basketball girls, who all played together on the local high school team. Michaela, Lindsay, Bree and a few friends worked the entire night to get those donations and raised almost two hundred dollars between them, as well as getting a ton of signatures. All you Colorado-ians were so supportive of Water = Hope and we had such a huge amount of people walking up to the table that we could barely talk to all of you! In between watching the crew play pranks on the artists as they performed and watching the donations pile up, I think everyone agreed that we had a great last night in Denver! 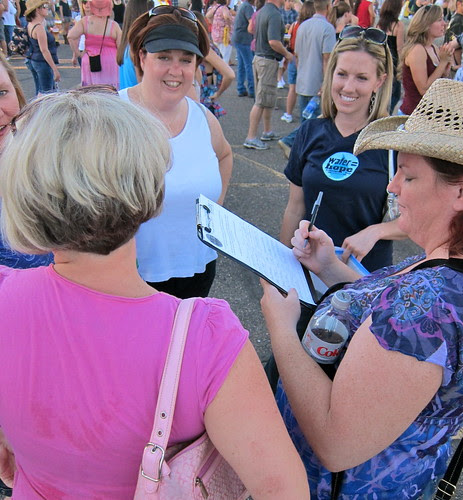 After four months of weekends full of talking to fans about clean water in 33 different cities, we are proud to announce that Water = Hope hit our goal of raising $20,000 to build wells, and signed up nearly 14,000 people in support of the Simon Water for the World Act. Perhaps more importantly, this means that some 14,000 conversations about clean water happened over this summer between our volunteers & campaign team and the fans in each city, and we can only hope that some of those 14,000 people are going to share that message, get inspired to volunteer themselves or even lead clean water initiatives in their own communities.

None of this would be possible without the hard work and help of the 239 volunteers that joined us this summer; they inspired us night after night with their dedication – again, a HUGE thank you to all of you that joined us! We are proud to know that they’ll take what they learned and work to inspire thousands more this fall and spring on their campuses and their communities so that we can bring clean water to even more people.

Water = Hope and Lokahi truly believe in this idea of ‘a small drop making a big ripple’; the work of our volunteers and the fans that supported the campaign this summer is all the evidence that we need.

Keep checking in for more campaign updates and ways you can get involved; visit the Water = Hope/Hope Through Healing Hands Facebook page to stay updated, and check out all of our pictures from the summer! 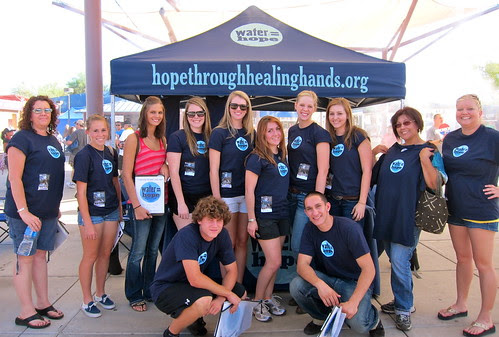