Another blog update from our guest blogger, Kelsey Neff!

Water = Hope and the whole H20 World Tour crew had the privilege of hanging out in two very different cities this past weekend. In Cleveland, OH we had one of our craziest nights yet!! We were warned the morning of the show that the weather could get a little intense with a heat warning until 8 pm and then severe rain and winds after, but that didn’t stop the BIGGEST volunteer crew we have ever had from showing up. Our crew for the night consisted of 25 dedicated, hard-working, and awesome Water = Hope supporters. About half of our crew was small groups of high school aged friends who worked hard in the hot sun to get those sign ups and donations. We also had some families that came out, a father daughter duo and a mother with her daughter and son. Then we had our Gap girls who were led by Jennifer and all worked together at the local Gap. They found out about Water = Hope on their volunteer board at work and came out to show their support and in addition are going to have Gap making a matching donation to Hope Through Healing Hands! Thanks girls! 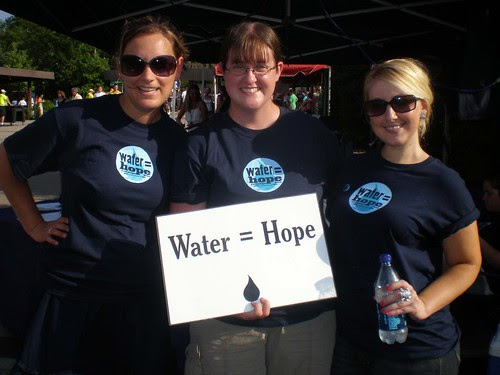 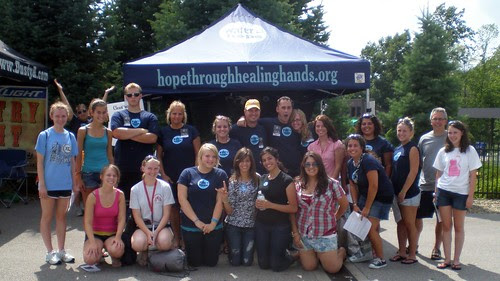 Our most impressive volunteer team of the night was Joe and Megan to raise $300 and got 250 sign ups by themselves! Joe was determined to beat the $200 record set by previous volunteers in Philly, and worked long hours in the severe temperatures to do so! We joked with him afterward asking if he wanted to come to every city with us…he was that impressive!!
We were having an awesome night in Cleveland, getting a great response from fans and raising donations like crazy! And then around 9pm the winds kicked up and we were told to break down our tent immediately. Thanks so much to those nice fans and Live Nation crew that helped us pack up our stuff and get out of there so we didn’t blow away!! Some other awesome fans from the night are pictured below. Thanks for one of our best nights so far Cleveland! 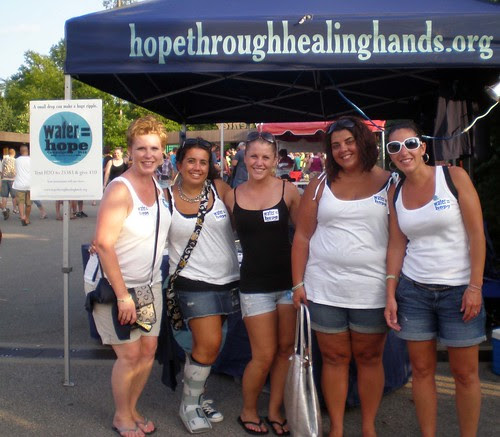 Next we headed to Saratoga Springs, NY where things were a bit quieter, and a bit calmer. The venue that we were at was in a national park, so that provided for some nice scenery through the night. We met some awesome people who were stoked about Water = Hope and raised almost three dollars for every name we signed up! One fan thanked us very sincerely for the work that we were doing, and talked to us extensively about that water crisis and how it affects so many people. Thanks for your support Saratoga Springs!! 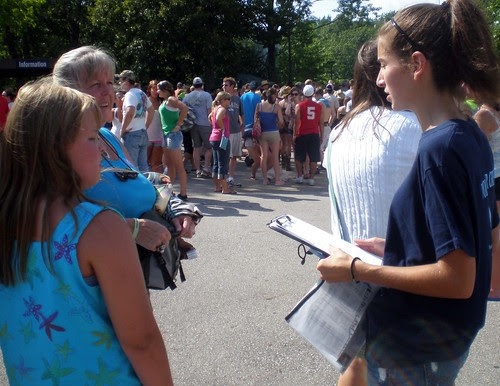 We’re off to Texas next, we’ll be stopping by Hidalgo on August 5th, Houston on the 6th, and Dallas on the 7th. And after that, Florida here we come! Sign up to volunteer and help us get those wells built!!
Posted by Brande at 1:19 PM No comments:

By Kelsey Neff, Lokahi's guest campaigner and blogger for the Water = Hope campaign this summer!

We’re back on the road again with the Brad Paisley H2O World Tour, visiting Chicago and Moline, IL last weekend! 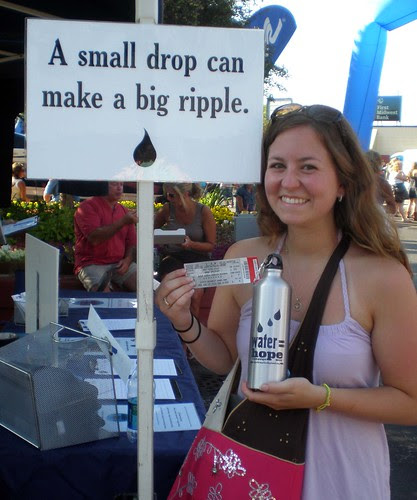 Friday morning greeted us with hot temperatures and even hotter humidity! The severe temperatures didn’t sway you hardcore country fans, or our even more dedicated Water = Hope volunteer crew! We had a great crew of volunteers, starting the day with 12 dedicated do-gooders. We had three sets of best friends and high school students who had volunteered at other shows like this, and who collected an awesome amount of e-mails and donations. We also had Barry, Bob and Betty who went out on their own to talk to people about Water = Hope. Bob was an experienced campaigner who had volunteered at a U2 show a couple years back with the ONE Campaign, and impressed us by raising a lot of money for those wells, working so hard we barely saw him! We also had a best friend duo who worked together at a school and also were on their feet moving for the majority of the night. Everyone did a great job, thanks to all of you for suffering through the heat with us! 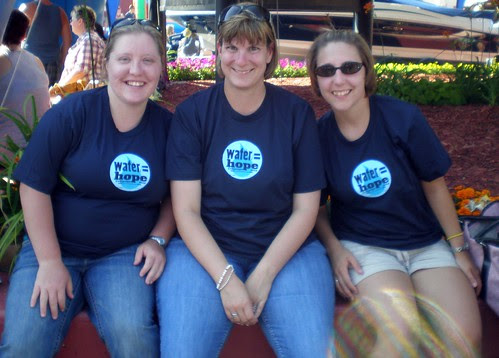 We got a great response from fans in Chicago, raising almost three dollars for every e-mail we collected! People were very interested in our goals and wanted to show their support in many ways. We had a couple people from Texas that wanted to volunteer for us when we head that way, and others that grabbed t-shirts for a bunch of their friends and family. The show was fantastic and the crowd was great. Thanks for an awesome night Chicago! 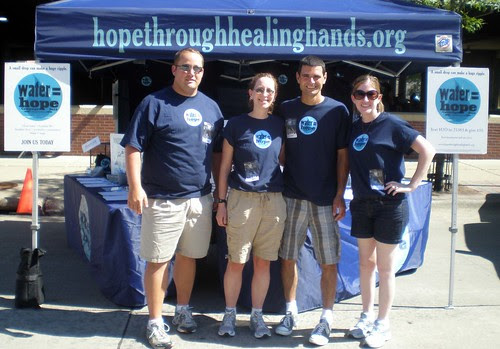 In Moline we met Colin and Erica and their friends who were committed to matching the success we had in Chicago, even though we only had a third of the volunteers! They were energetic and passionate about Water = Hope and impressed us with their results. We had a little bit less of a crowd in Moline, but we still got a really good response from Brad Paisley fans. One fan even looked through her phone and signed her whole family up on our e-mail sheet; she said she knew that they would want to support this cause. We also had a lot of fans that stopped by our table and then sent their friends back to sign up. The support we felt in both Chicago and Moline was really great; thanks for a successful first weekend back Illinois!

We’ll be back on the road this weekend as well, hitting up Cleveland and Saratoga.
In August, we’ll be in Texas and Florida; visit the Water = Hope website to learn more and volunteer: http://www.waterequalshope.com/
Posted by Brande at 1:25 PM No comments: